What to visit during your stay in Ljubuški? The interesting history and nature’s influence have secured plenty of interesting sites and natural attractions for the town, in addition to its rich cultural offer. This is list of all the attractions that you can find in the vicinity of our Hotel. 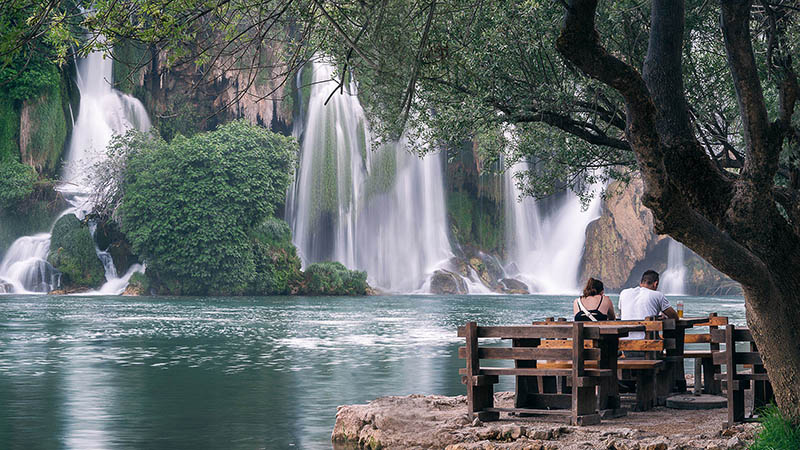 The Kravica Waterfall The Kravica Waterfall is one of the most attractive sites on the Trebižat River. It is located in Studenci, 10 kilometres south of Ljubuški. It was moulded by the power of the Trebižat River, and is under state protection as a natural phenomenon and rarity. The height of the waterfall is from 26 to 28 metres, with a water amphitheatre under the waterfall, 120 metres in diameter. Its tuff layer is covered in grass, moss and lichen, and chaste tree, figs and poplars are growing near the waterfall. Numerous mills and stamping mills used to be active near the waterfall. Distance from the Hotel: 7,4 km 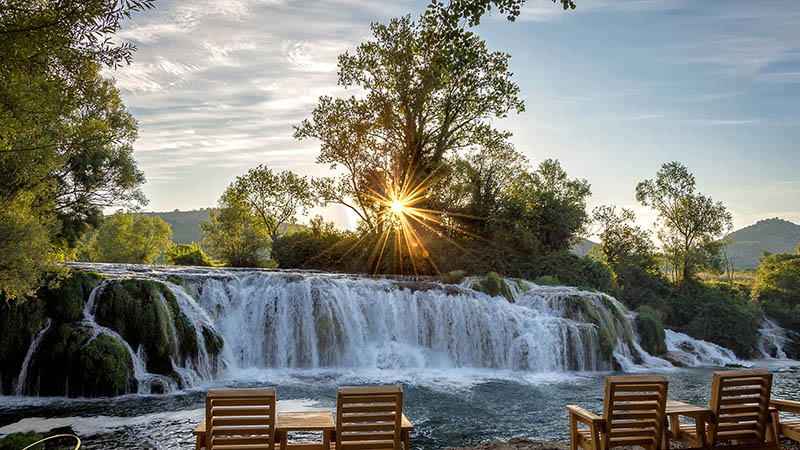 Koćuša Waterfall The Koćuša Waterfall is located in the village of Veljaci in the Ljubuški Municipality and is one of the most beautiful natural riches in this part of Herzegovina. Koćuša is located on the River Mlade, which is known as Trebižat south of the waterfall. The waterfall is 5 metres tall and 50 metres long. Years old mills are located near the waterfall. Due to the unique combination of nature and local labour, this natural gem can be visited by tourists year round. Distance from the Hotel: 12 km 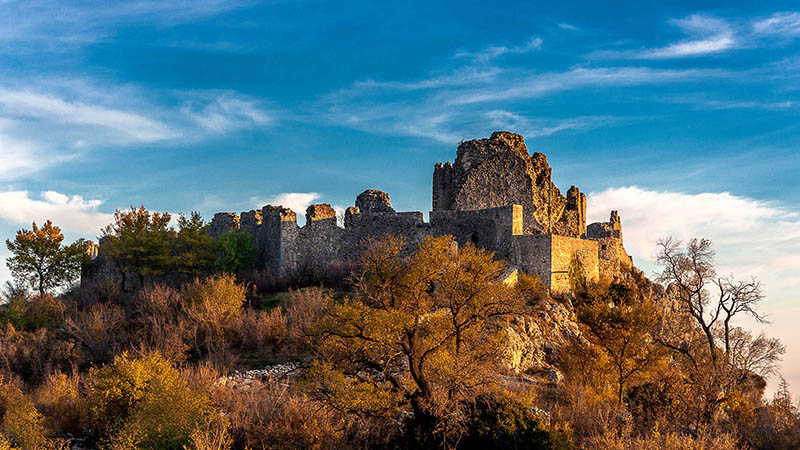 Tower of Herceg Stjepan Above Ljubuški, on the top of Buturica, a fortress was erected in the middle Ages, often ascribed to Herceg Stjepan, although it is older than him. It was first mentioned in written documents on 21 February 1444 under the name Lubussa. Prior to 1477 the city fell to the Turks and became a heavily manned border fortress. The Turks refurbished the fort into a military building with all supporting facilities. After 1835 the fortress lost its defensive and strategic role. This fortress had a granary, water tank, prison, commander’s apartment and building for the soldiers nearby. In the 17th century the town was reconstructed by masters from Dubrovnik, and in the beginning of the 19th century the town lost its military significance which led to its decay. Today, this fort is one of the most important tourist attractions in the Ljubuški Municipality and Herzegovina as a whole. Distance from the Hotel: 4 km 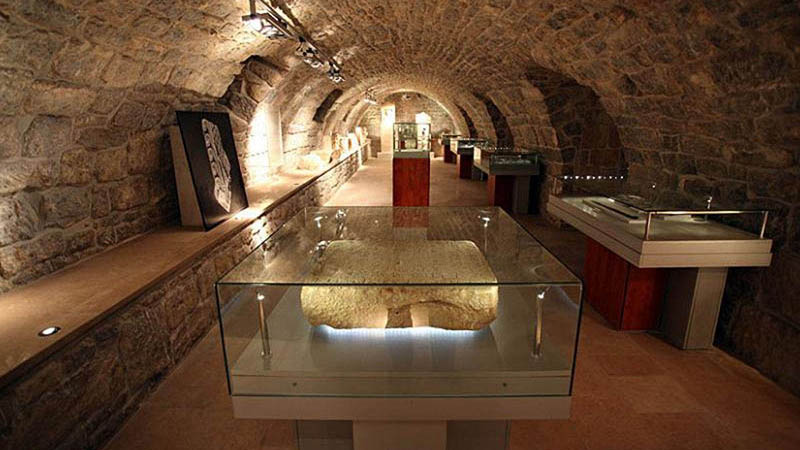 Museum in Humac The Museum in Humac is the oldest museum in Bosnia and Herzegovina, founded in 1884 and is located in close vicinity to the Franciscan monastery. The museum holds one of the best collections of ancient objects found near the monastery. The oldest written document found in Bosnia and Herzegovina, the Hum Slab, is also on display in this museum. The slab dates back to the 11th and 12th century.
Should you visit this museum, you will also see a collection of artefacts found in a Roman settlement, such as jewellery, weapons, helmets and engraved tombstones. A large number of these objects was found in the ruins of the Roman military camp Bigeste located near the monastery. Distance from the Hotel: 2,5 km 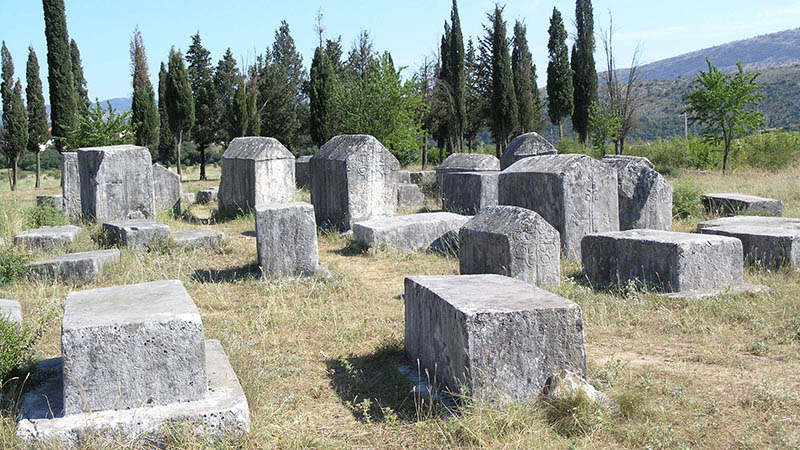 Tombstones There are 7 necropolis located around Ljubuški with 214 registered stećak tombstones. The decorative motifs found on the tombstones from necropolis in Ljubuški are: shield and sword, stone symbol, human form with decorations, twisted rope and ribbons, crescent moon, rosettes, trefoil vines, circles, spiral motifs, hunting scenes, hawk symbols and tournaments.
Numerous stonecutting workshops were active in this area resulting in various influences. The majority of monuments dates back to the 14th and 15th century, and some of them might be even older, as old as the 12th century. 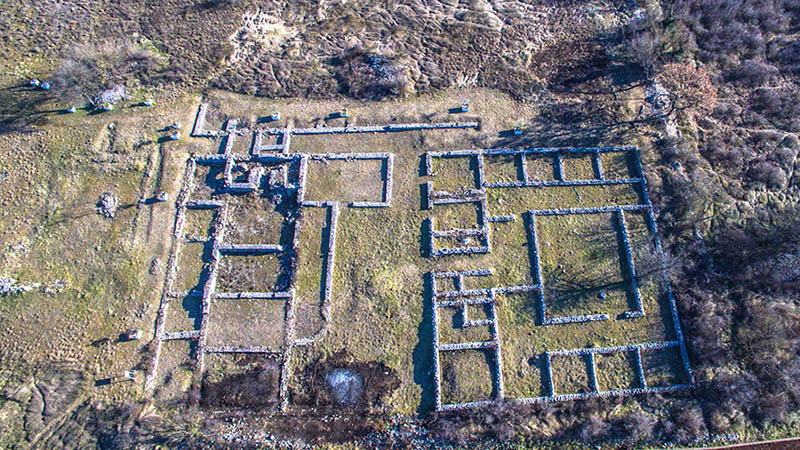 Roman camp Gračine The ancient locality of Gračine is situated on the flat plateau above the left bank of the Trebižat River in the area of the Humac settlement, 2 km southeast of Ljubuški.
The plateau altitude is around 75 m, around 10 m higher than the watercourse of the Trebižat River. Gračine stretches across an area of 4 hectares. The Herzegovinian Schematism of Fr. Petar Bakula from 1867 speaks of Gradčine in Humac with visible walls of ancient buildings with numerous remains of processed stone, bricks and tiles, as well as remnants of a Roman bridge and roads with mile road signs. Distance from the Hotel: 2,7 km
Signup to our Newsletter We will occasionally notify you about our new events and offers.
Stay connected