If you have already had the chance to explore Ljubuški and you are looking to learn more about its surroundings, this is the place that offers information about nearby attractions and how to reach them. Whether it be short or full day excursions, you will most certainly find attractions that will make your stay even more pleasant. 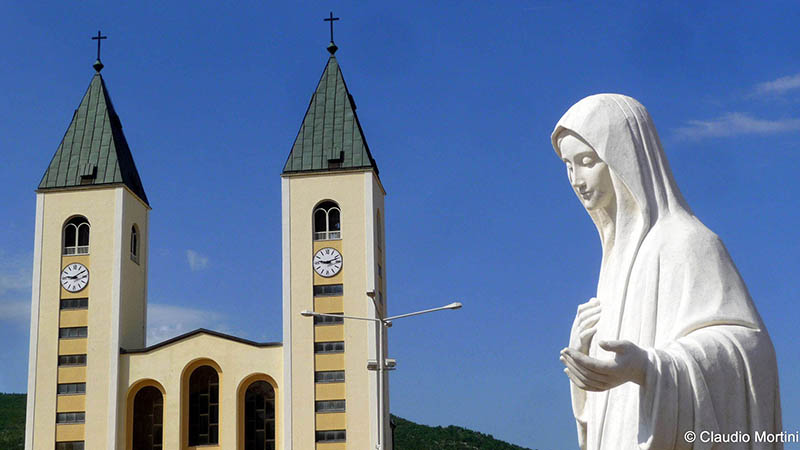 Međugorje Međugorje is a small town in West Herzegovina, located around 11 kilometres from Ljubuški. This is the region’s main spiritual centre and the second largest catholic pilgrimage site in the world. It is famous for its Virgin Mary apparitions. Catholic believers have been visiting this site since Virgin Mary appeared to six teenagers on 24 June 1981. Should you decide to visit Međugorje, make sure not to miss the Hill of Apparitions, Križevac, and the Church of Saint Jacob. Distance from the Hotel: 12 km 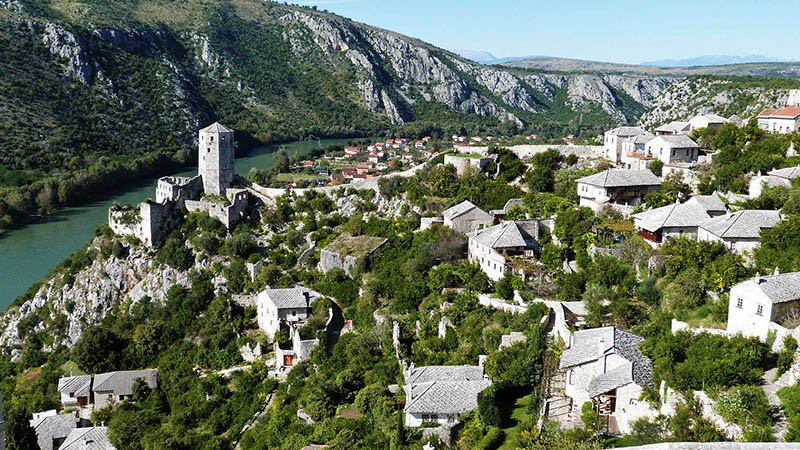 Počitelj Počitelj is a populated village in the Municipality of Čapljina, Bosnia and Herzegovina. Počitelj is a historical settlement with Oriental and Mediterranean features located in the valley of the Neretva River, and is one of the most beautiful cultural and historical sites in Bosnia and Herzegovina. Počitelj is a fortress dating back to the middle Ages. It is located along the left bank of the River Neretva near Čapljina. The fortress was erected to safeguard the entrance into the valley of Lower Neretva on the way from Drijevo to Bišće. It is first mentioned in the Charter for Duke Stjepan Vukčić from 1444. In 2007, Počitelj applied to be recognised as a UNESCO World Heritage site. Distance from the Hotel: 21 km 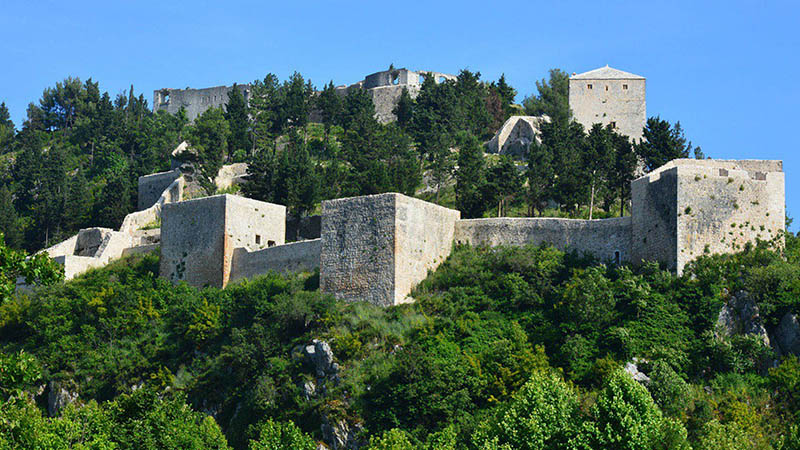 Old Town Stolac Old Town Stolac (Vidoš Town) covers an area of 20,503 square metres and is one of the largest towns in Bosnia and Herzegovina. It used to have thirteen towers in the 17th century and it was one of the best fortified towns in Herzegovina. The remains of a late antiquity structure were found on the north part of town. The main wall structures consist of walls that were constructed in layers using the opus incertum building technique, typical for 4th century structures in this region. The blueprints of the late antiquity fort show elements of Greek structures from the Hellenic tradition. Distance from the Hotel: 43 km 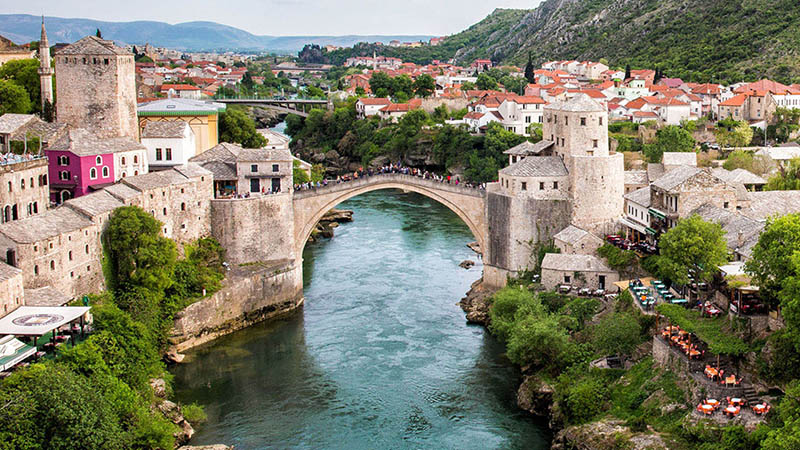 The Old Bridge of Mostar The Old Bridge of Mostar, spanning the Neretva River, is a UNESCO World Heritage site and was the biggest arched structure in the world when it was originally built. The order for its construction was issued by Suleiman the Magnificent in 1566 and it was constructed by Mimar Hajrudin. The Bridge stood strong for 427 years until its destruction during the war in Bosnia and Herzegovina in 1993. It was rebuilt after the war ended and reopened for public on 23 July 2004. Distance from the Hotel: 35 km 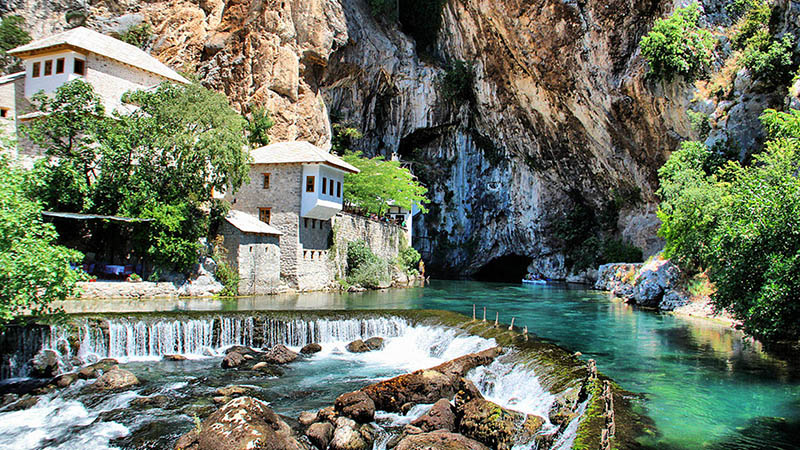 Blagaj Blagaj is a populated place in the Mostar Municipality. The source of the Buna River is the largest karst spring in Europe and is located below the settlement. The Sufi Tekke is situated next to it, which is surrounded by the prehistoric site Zelena pećina (eng. Green Cave), a fish farm and adjoining restaurants, and a castle dating back to the 15th century. The town itself has several structures that have national monument status in Bosnia and Herzegovina. The Commission for the Preservation of National Monuments of Bosnia and Herzegovina nominated Blagaj for UNESCO World Heritage site in Europe on 12 November 2007. Distance from the Hotel: 39 km 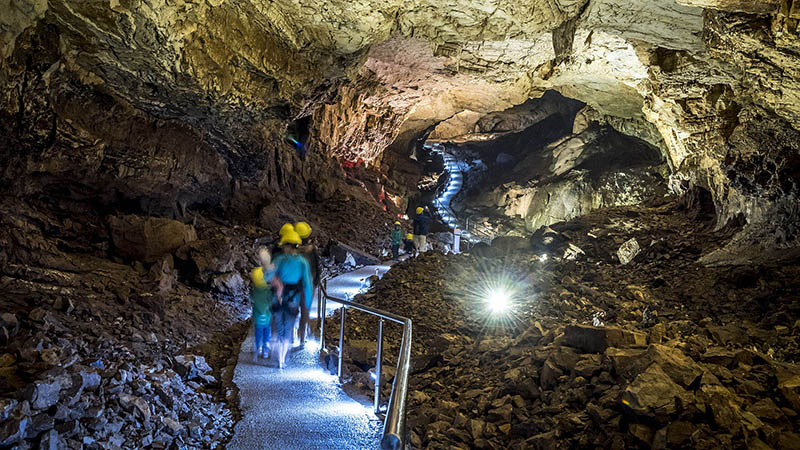 Cave Vjetrenica Cave Vjetrenica is the biggest and the most important cave in Bosnia and Herzegovina and one of the key caves in the mountain range of Dinarides, globally famous for its karst and speleological riches. It is located in Popovo polje, in a place called Ravno in southeast Herzegovina. Vjetrenica is the richest cave in the world in terms of its underground biodiversity. Over two hundred various species have been registered, with a lot of them endemic, 15 are stenoendemic, and around 37 were discovered and described in Vjetrenica for the first time. It has been a protected natural site since 1950. Distance from the Hotel: 74 km 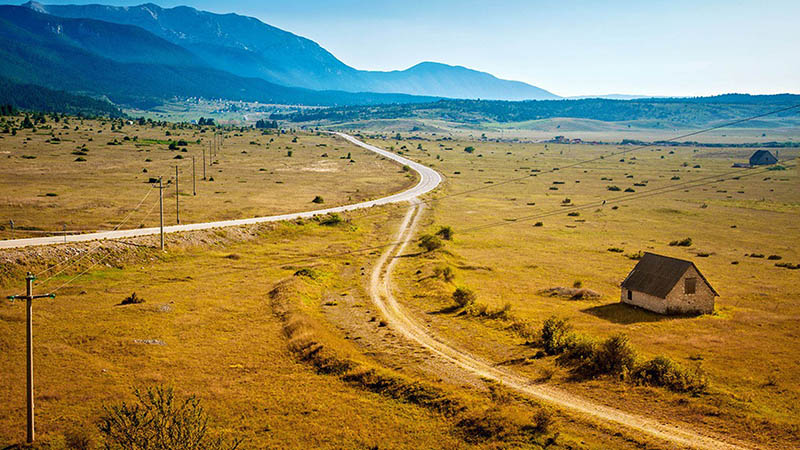 Nature Park Blidinje Nature Park Blidinje is located across a vast area covering the mountains Čvrsnica, Čabulja and Vran. This park is a unique natural phenomenon, home to numerous endemic species of flora and fauna with plenty of clean, drinking water springs. It is famous for being one of the largest homes to the endemic species of Scots Pine. Nature Park Blidinje got its name from the Blidinje Lake located in Dugo Polje at 1184 metre altitude. Besides the lake, this park boasts rich archaeological sites, a necropolis of 150 tombstones in Dugo Polje, proclaimed a natural monument of Bosnia and Herzegovina in 2004. Should you visit during the winter, then you can also go skiing in the modern ski resort also located inside the park, a favourite destination for visitors from Herzegovina and Dalmatia. Distance from the Hotel: 76 km 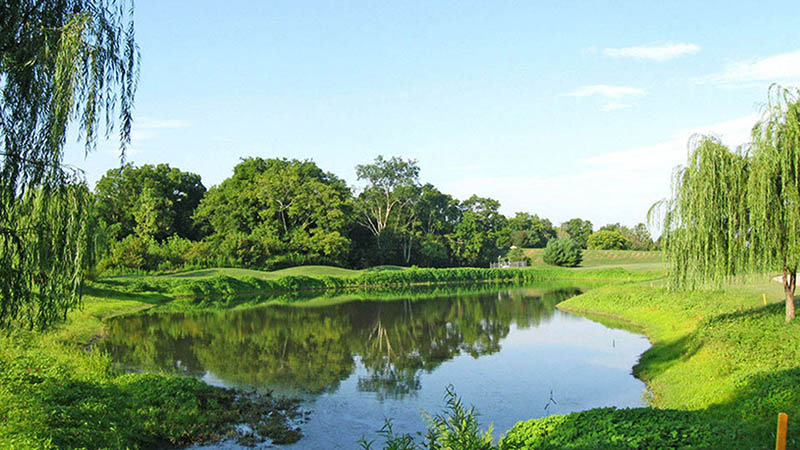 Nature Park Hutovo blato Hutovo blato, a unique sub-Mediterranean wetland, is located in the south of Herzegovina, in a typical karst environment, on the left bank of the Neretva River. It has always been known as a green oasis, with an abundance of water and a large number of plants and animals. The wetland is interesting and significant in their ornithological, ichthyologic, scientific, ecological and tourist sense.
Hutovo blato is one of the largest winter destinations of birds in Europe. By its location it is part of the Čapljina and Stolac municipality and it stretches across wetlands, valley and hilly terrain, at altitudes spanning from 1 m to 432 m. Distance from the Hotel: 31 km
Signup to our Newsletter We will occasionally notify you about our new events and offers.
Stay connected